Want to shop around Srinagar and see how the city life is like, then go ahead and book your room now! Kindly note that payments will be accepted in the local currency only.

Hotel Royal Batoo is your home away from home in Srinagar. An opulent boutique properly located at Dalgate in the heart of the city, Rayal Batoo takes in 80 rooms which includes deluxe rooms, super deluxe rooms and suits that are contemporary in style and offer the ultimate in comfort and luxury. Our fine-dining restaurant showcases the best of Indian, Continental and Kashmiri cuisines with a special focus on vegetarian fare. The hotel also has a banquet-cum-conference hall that is ideal for holding all kinds of personal and corporate group events such as birthday parties, wedding receiptions, meetings, conventions, seminars and exhibitions. A coffee shop and a Kashmiri art-and-crafts boutique are in the pipeline! 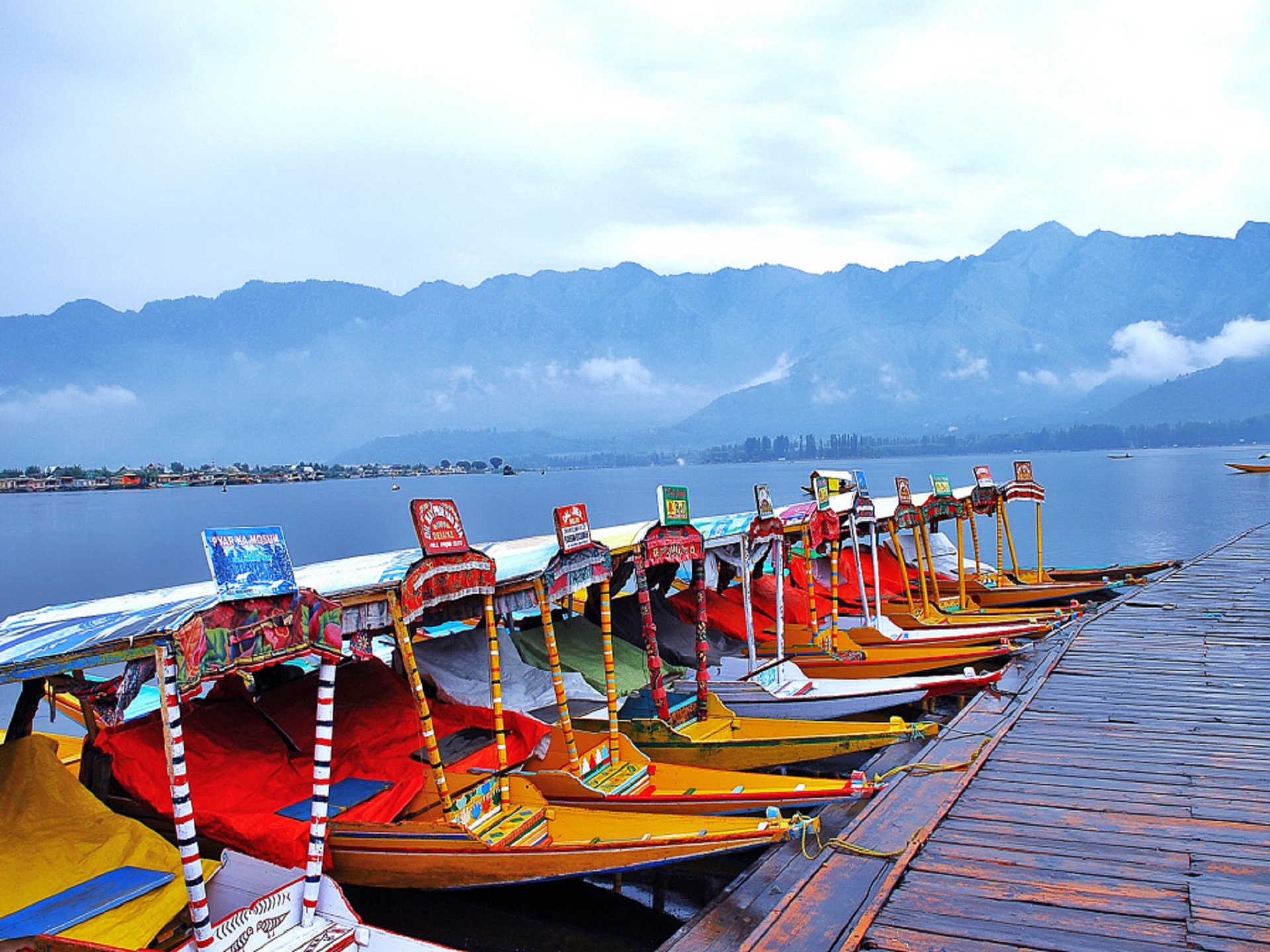 Srinagar is the largest city of the Kashmir Valley and the summer capital of the Indian state of Jammu and Kashmir. It lies on the banks of the Jhelum River, a tributary of the Indus, and Dal and Anchar lakes. The city is famous for its gardens, waterfronts and houseboats. It is also known for In Srinagar, you will find different recreational things for different set of people. You will get wide range of option to choose from. When you visit Srinagar then you just cannot miss the beautiful natural entities that surround this district. In the first place you must take a proper look of the scenic beauty of Srinagar. Visiting the magnificent Dal Lake is just the best option with which you can start of your vacations. You feel enough of sightseeing will make you vacation boring? Then here come some of the most exciting options for you. If you love adventure then you know exactly how to use these beautiful mountains and lakes for some real adventure sports. The amazing mountains and lakes present in Srinagar not only act as a spot for sightseeing but also act as the heart and soul of different adventure games. Srinagar offers different adventure sports like Water rafting, Trekking, Skiing and many more. Srinagar is surrounded with different parks, gardens and amusement parks. While you pay a visit to Srinagar you can visit these gardens and parks. You must have heard about the famous Mughal Gardens which were constructed by the Mughal Emperors but the architecture was inspired from that of the Persian style. There are three Mughal Gardens located in Srinagar namely Shalimar Bagh, Nishat Bagh and Chashme Shahi Garden. Apart from these Mughal Gardens there are other famous gardens in Srinagar like Indira Gandhi Memorial Tulip Garden which consists of nearly 20lakh tulip flowers of more than 70 varieties. Nehru Botanical Garden is another well known garden of Srinagar that promotes natural awareness to people. Jammu and Kashmir has the distinction of having multifaceted, variegated and unique cultural blend, making it distinct from the rest of the country, not only from the different cultural forms and heritage, but from geographical, demographically, ethical, social entities, forming a distinct spectrum of diversity and diversions into Kashmir, Jammu and Ladakh, all professing diverse religion, language and culture, but continuously intermingling, making it vibrant specimens of Indian Unity amidst diversity. Its different cultural forms like art and architecture, fair and festivals, rites and rituals, seer and sagas, language and mountains, embedded in ageless period of history, speak volumes of unity and diversity with unparalleled cultural cohesion and cultural service. Like the state of Jammu and Kashmir, Srinagar too has a distinctive blend of cultural heritage. Holy places in and around the city depict the historical cultural and religious diversity of the city as well as the Kashmir valley.While the Kashmir has been the highest learning centre of Sanskrit and Persian where early Indo-Aryanic civilization has originated and flourshed, it has also been embracing point of advent of Islam bringing its fold finest traditions of Persian civilization, tolerance, brotherhood and sacrifice. Some of the popular performing traditions of Srinagar are as follows :- Bhand Pather : It is a traditional folk theatre style combination of play and dance in a satirical style where social traditions , evils are depicted and performed in various social and cultural functions. Bhand Jashan is performed by a group of 10 to 15 artists in their traditional style accompanied by light music for the entertainment of people. Chakri : It is most popular form of Kashmiri folk music. It has some resemblance with chakra of mountaineous regions of Uttar Pradesh. Normally Garaha, Sarangi, Rabab were the musical instruments used in the past. But now thw harmonium too has made its way in its presentation. Sufiana Music : Sofians musiqui came to Kashmir from Iran in the 15th century. Over the years it has established itself as the classical music form of Kashmir and has incorporated a number of Indian Ragas in its body. Hafiz Nagma in fact, used to be part of sofiana music. The instruments used in this form are Santoor, Sitar, Kashmiri Saz, Wasool or Tabala. In Hafiz Nagma a dancer is a female while her accompanists on various instruments are males. Hafiza moves her feet on musical notes. There are only a few families in Kashmir who are practising this musical form in Kashmir. Whereas the tallest ustad Ghulam Mohd. Qaleenbaft is unable to move out because of health problems, Ustad Ghulam Mohd. Saznawaz and Ustad Abdul Ghani Namathali are imparting training to their family members and are the practising artists.
Read more